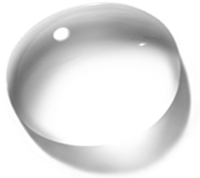 As a retired professor of English poetry often I have time to re-read  some of the poems that I have taught to my students in the classroom. Among them there are many and various kinds of poems by famous poets but only too difficult to understand and enjoy with my insufficient knowledge of English, artistic intuition and experience in life. I remember the hard times struggling with them before the students. I find most of them still unclear and enigmatic to me, and I think they will surely remain so until I die. I sigh with regret and relief. Anyway, it's all over and I don't have to worry about them anymore.
Sometimes, to my great surprise and delight, however, among those difficult poems that had defied my easy approach and understanding, I discover belatedly that a few of them have become clearer and more enjoyable to me. Whenever I come across such a work, I feel a strong impulse to run to the classroom where my students are waiting and explain it this time with more confidence and authority. But, alas, all is over. I am retired once and for good and no students are waiting for me.

"Sailing to Byzantium" by William Butler Yeats (1865-1939) is such a poem I would like to teach once more if I were given another chance. It is a short four-stanza poem published when the poet was sixty-one years old. I remember teaching it several times in the classroom to the graduate students. As were most of his later poems, it was not an easy poem to understand and consequently to explain. Despite many obscurities in the poem, however, I liked it, especially the sound and meaning of the word "Byzantium". It resounded with something ornate, glittering and exotic to me.

On the crowded airplane flying to Istanbul for my recent sightseeing trip to Turkey, quite inadvertently the title of this poem popped up in my mind. The fact that I was "flying to Byzantium",  not "sailing", made me a smirky smile. Yes, the time has changed. People no longer travel by ship. And, inaudibly I recited the two lines I remember from the poem:
"An aged man is but a paltry thing,
A tattered coat upon a stick."
I tried to remember more of the poem, but unfortunately I could not. Anyway, the poem "Sailing to Byzantium" haunted me like a burden of a song during the whole trip to Istanbul, "the holy city of Byzantium," as Yeats said in the poem.
On returning home from the trip I took down The Norton Anthology of English Literature from the bookshelf and hastily turned the pages to find out the poem. I found it and read it slowly but carefully in a long while. Lo and behold! The vague fog that had clouded the poem before have been lifted and evaporated now, and I could see and feel clearly what Yeats had meant in the poem, as if I had written the poem myself. I could not believe it. It was a kind of revelation to me.

I sat at my desk and pondered over this unbelievable transformation of the poem from obscurity to clarity. Yes, it was obviously due to my trip to Istanbul, but I could not pinpoint the reason why. Slowly but vividly the majestic and spectacular Hagia Sophia (meaning "Holy Wisdom"), the greatest Byzantine architectural masterpiece in the heart of Istanbul, appeared before my eyes eclipsing all the other famous and important historical as well as religious monuments.

Yes, the key to the mystery of the poem lay hidden in it. I could not figure out clearly what the poet had meant with his various allusions in the poem, until I have myself witnessed all the magnificent figures in mosaic on the walls, ceilings and stained windows of Hagia Sophia, all done in geometric and abstract rendering of nature. I could see in it what Yeats had meant to say in the poem about the Emperor's palace at Byzantium, a tree made of gold and silver, and the artificial birds singing on the golden bough, and so on.

For Yeats Byzantium stands for an ideal way of life. It is a symbol of what he yearns for in his later years - holiness, wisdom, permanence, beauty, and art. In "Sailing to Byzantium" Yeats succeeds more fully in connecting and conquering his mutually opposing and warring worlds by taking a symbolic journey to "the holy city" of the Eastern Roman Empire and of Greek Orthodox Christianity. It makes all the difference that he now chooses to sail to "Byzantium" rather than go to "Innisfree" - also an ideal place in the countryside for a simple and romantic life, as expressed in his poem, "The Lake Isle of Innisfree," written when he was twenty-five.

Now I am out of the poem. Byzantium had long ago disappeared. Constantinople came and went. Only Istanbul - a huge, busy and noisy modern city - stands in the place. Nothing remains constant and eternal.

Now I recall the trip to Istanbul as a tourist. Like Seoul, it was as chaotic to me as any other modern cities in the world, yet exotic with so many domed mosques topped with fairy-tale minarets, from where muslim prayer calls echoed down the narrow cobbled lanes. Boats of every size navigated the Bosporus Strait. On the crowded bridges crossing over the Marmara Sea old men were dropping fishing lines and exchanging gossips, while along the shores so many cafes served thimbles of thick Turkish coffee. I only miss it. No more of poetry. Poetry is for the young.
(November 13, 2012)

I enjoyed reading your article in yesterday's Korea Times; "Flying to Byzantium" for two reasons - I have been to Istanbul three times in the past 14 years. On each occasion I have made sure to take a leisurely visit to the Hagia Sophia because it fills me with wonder as I gaze up into the domes with their ancient paintings, down the marble slabs and the remaining mosaics on the walls and over the huge, high doors framing the entrances from the hallway into the church. I always try to imagine what it would have been like to be an Orthodox christian, to go there to pray one and a half thousand years ago. It's a place I like to be!

I thank you very much for wrting me a long letter on my essay "Flying to Byzantium" in The Korea Times. I am very glad that you enjoyed reading it as a fellow traveller to Istanbul, Turkey, especially to Hagia Sophia.

As to the correct meaing of the word "still" in the poem of Walter de la Mare, I think you are right to regard it as quiet, silent, or unmoving; not a whisky still.

Thank you again for your long appreciation of my essay. I enjoyed your response very much. It revived my trip to
Istanbul last fall with many memories.

I hope and wish you enjoy your work here in Korea. Thank you.
Sincerely yours,

What a great piece of essay, sir! Any reson you think that poetry is for the young?

Thank you, sir! I am very happy to receive  a comment on my essay written long ago.
Of course, there is no reason for the poetry to be more for ther young. It is for all, for the old as well as
for the young. I mean, poetry needs  more emotion to understand and enjoy it, andI I feel  I lack what I need
as an old man.